Run #2 for the day was dispatched at 0917 hrs for the 400 block of Garden Avenue in the City of Camden. City fire units were operating at a dwelling fire that was a 2 1/2 – story occupancy that was reported to be loaded with storage (Collier’s Mansion) making the access treacherous and the fire load higher than normal for this type of wood frame building. All companies on location were in service for approximately 2 hrs before requesting the rehab to be dispatched.

Rehab 13 remained on the scene until being released by Command at 1123 hrs.

An old friend Battalion Chief A. Magee was on the scene and helped get us to our assigned place on the fire-ground. Thanks Andy. 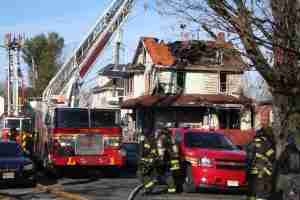 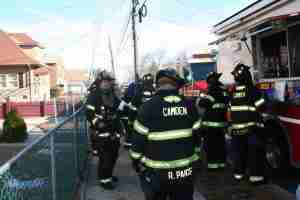 Members of Camden at the serving window of Rehab 13 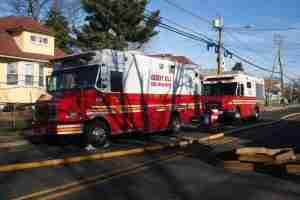 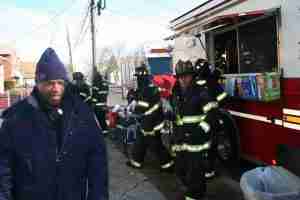 It was a little cold that day