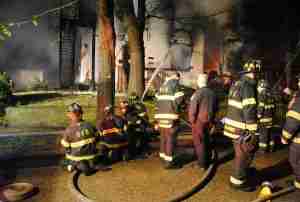 Fire attack from the A/B corner 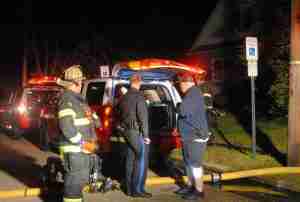 CP 11 during the incident 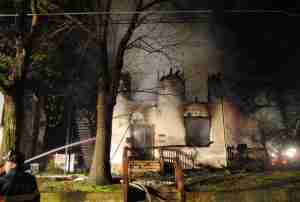 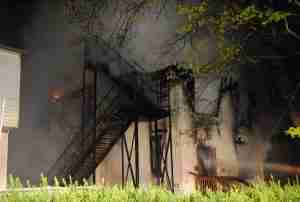 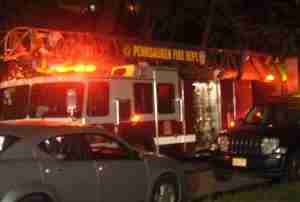 Ladder 11-5 from Union and River Road, 1st due truck company 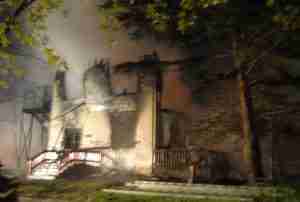 The fire was well advanced prior to arrival 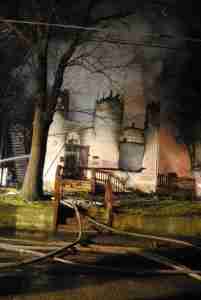 At 0315 hrs. this morning Rehab 13 was dispatched to the 7400 block of Zimmerman Avenue for fire-ground personnel support on the “All Hands” declaration. Responding fire units had a 3 story wood frame (4) family dwelling fire with heavy fire showing. All arriving companies went in service with large diameter hose streams and a primary search was begun. There was a “B” side exposure that required a line to be stretched as the radiant heat was melting the siding and had to be protected. The fire went defensive once the occupants were accounted for and that the headway of the fire was well advanced making the structure unsafe. The structure did suffer a collapse due to the amount of fire encountered upon arrival.

Rehab 13 arrived on the fire grounds and made their way to within 100′ of the fire building and set up for cooling, hot and cold liquids, hot and snack foods, folding chairs, rest and recovery area, and lighting. rehab 13 and U1386 operated from 0340 hrs. until being released by Chief Palumbo (1101) at 0712 hrs. Our staffing was (5) personnel. Channel 6 News reported (2) minor fire fighters injuries and all of the building occupants and two dogs were able to escape the fire safely.

The fire origin ans cause in under investigation by local and count officials.